Identity Theft – Has Your Creative Intent Been Hacked?

You are here: Home1 / Blog2 / Law of Attraction3 / Identity Theft – Has Your Creative Intent Been Hacked? 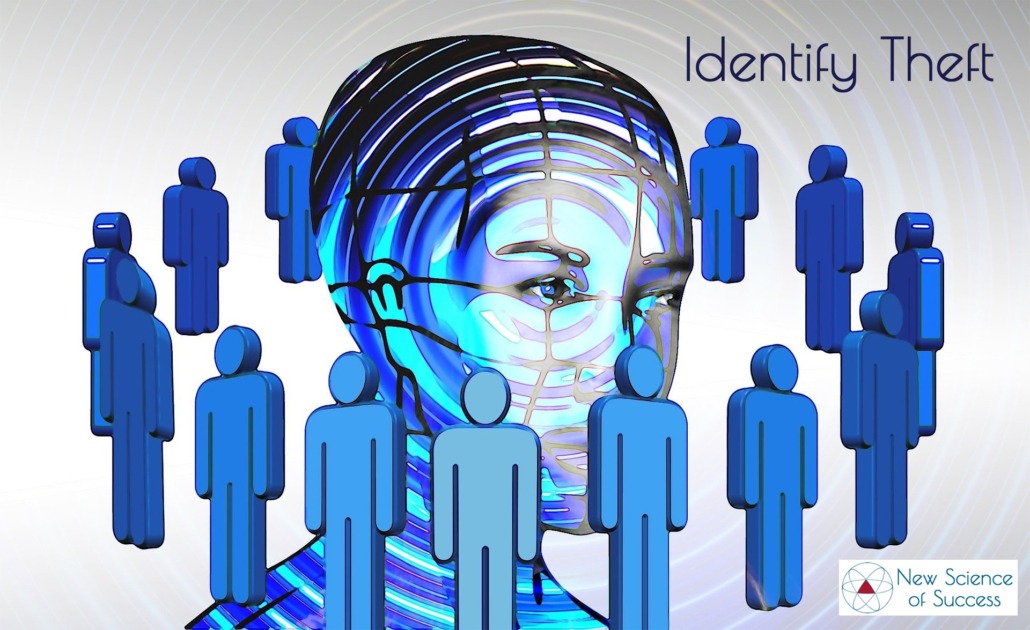 Is it Possible that You’ve Experienced Identity Theft?

These are very important questions that we seldom, if ever, ask ourselves. Maybe we’re even afraid to ask them.

Diving deeper into these questions is an important step to gaining control of the things you are experiencing in life and to make LOA work for you.

You are, right now, the sum total of your previous experiences beginning at birth. In your early years before you started school, your parents greatly influenced your worldview along with how you first thought about yourself … who you are, if you are a good or bad person, if you are talented, smart, or doomed to failure. Through your school years you had additional influences from teachers, friends (and enemies), coaches, ministers (rabbi’s, priests, etc.), and youth leaders that significantly contributed to what you think about yourself even to this day.

Has Your Positive View of Self and Belief in Possibility Been Stolen?

Did you ever stop to think if somewhere along the way your self identity had been stolen? Did you knowingly or unknowingly cede control to someone else of what you believe about yourself and what is possible for you?

I remember being told from a very young age that “money goes where money is.” My family was not the place where money was so I logically concluded that money would not be flowing my way … ever.

You Are the Co-Creator of Your Experiences

Your thoughts form the blueprint for your life.

Are you experiencing the success you desire?

If not, then stop and take a look at the beliefs underlying your thoughts. Look for the root of your beliefs. Are you able to identify a point in time when a limiting belief was planted into your mind or when a person’s words steered you away from pursuing a path, dream, or goal that you greatly desired?

When you either knowingly or unknowingly allow a thought or belief of another to become your thought or belief, you have effectively allowed yourself to become the victim of identity theft. This can be a painful experience when you come to realize that someone in your life reprogrammed your intrinsic identity (of being a magnificent, unique, talented, potentially highly-successful individual) with a definition of being less than or not enough or a failure.

The Motives Behind this Identity Theft are Usually Well-Intentioned

You may hear reasons such as:

The good news is that you are always in the position to reclaim your identity. You can always choose to change what you think and what you do. If you want to sing, sing no matter what someone may have said about your singing ability.

If you are in a career that you dislike because a parent or a teacher directed you there, take a class and explore a new career direction doing something you love.

Many Highly Successful People Initially Had Their Self Identities Hacked

Or, at least, had someone, or even many someone’s, try to squelch their self identity and ability to succeed.

Sylvester Stallone was rejected 1500 times by talent scouts, agents, and others in the film industry as he tried to get a job as an actor. At one point he had to sell his dog to pay the electric bill. Eventually he became homeless. He wrote the script for Rocky which went on to gross over $200 million at the box office with him playing the lead.

Oprah came from extreme poverty, was raped multiple times as a child, and ran away from home at 14. She interned at a radio station and decided she wanted to be in the media. She wanted to be a news anchor and asked her agent to get her booked as the backup for a very famous one. Her agent said it would never happen …. because she was a black woman. She fired the agent.

Lisa Nichols, one of the world’s best motivational speakers who got a million dollar book deal, was told in college by both her writing and speaking professors that she should never speak and she should never write.

Michael Jordan when trying out for the high school varsity high school team was assigned to the junior varsity team … which left him in tears. He turned out to be one of the greatest basketball players of all time. In his own words, “I’ve missed more than 9000 shots in my career. I’ve lost almost 300 games. 26 times, I’ve been trusted to take the game winning shot and missed. I’ve failed over and over and over again in my life. And that is why I succeed.”

Albert Einstein didn’t speak until he was 4 years old. He failed his entrance exam to college. His father died considering his son a failure. He later went on to develop the theory of relativity and did groundbreaking work in physics and math.

Eddie Hall was expelled from school at 15 and became a mechanic. He said at the age of 19 that he would be the Worlds Strongest Man. Everyone said he couldn’t. He won that title in 2017 and still holds the world record for deadlifting 500 kg (1,102 lbs).

Charles Darwin said in his autobiography that, “I was considered by all my masters (school) and my father, a very ordinary boy, rather below the common standard of intellect.” He was considered a failure and dropped out of college more than once. He later went on to become “one of the most influential scientific minds of our time.”

Lady Gaga was bullied so badly that she didn’t even want to go to school sometimes. In college a group of people started a Facebook group whose sole purpose was to bash her. She has now won an Oscar, multiple music awards.

Abraham Lincoln had one defeat, loss or failure after another. He lost his job at age 23. At age 26, the love of his life died. He lost numerous elections at the state and federal level. Refusing to give up despite so many obstacles, he was eventually elected as President of the United States.

Many other examples of people who were able to succeed despite previous failure can be found at this link.

You are a powerful creator capable of experiencing anything and everything you desire.

You Can Decide to Change

If you find that your self identity has been hacked, decide to take it back right here and right now. And with the full control and knowledge that you can be, do, or experience anything you desire, set yourself on a new course. Intentionally program the universal Law of Creation (also known as Law of Attraction) with your most passionate definition of the success you wish to experience.

You will not regret it!

What Is The Law Of Attraction?