Entropy – The Enemy of Manifesting Your Desires

You are here: Home1 / Blog2 / Law of Attraction3 / Entropy – The Enemy of Manifesting Your Desires 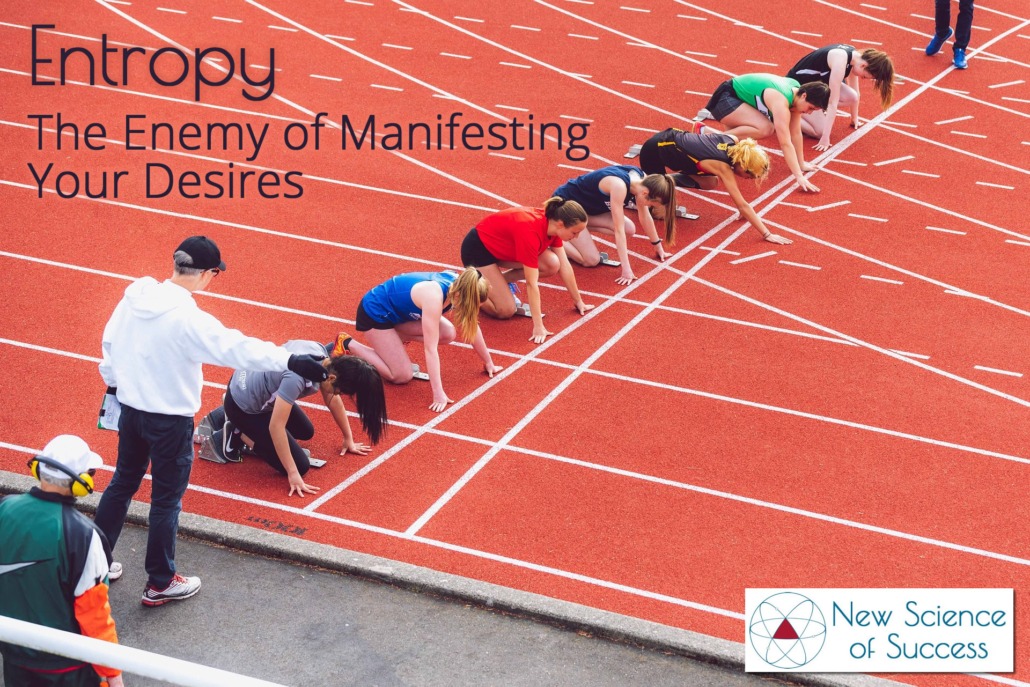 How the Status Quo (and Entropy) Drives Your Use of LOA

Entropy is likely a new word to many of you. Entropy is a main element of the fundamental laws of physics which govern how our universe works.

The laws of thermodynamics are the foundation of our modern physics.

The 1st Law of Thermodynamics states that energy can neither be created nor destroyed. Everything in the universe is a form of energy including physical matter.

You’ve probably come across this 1st law before. But the second law may be one that is not as familiar to most of you.

The Law of Entropy

While you may never have heard of entropy or the 2nd Law of Thermodynamics, I guarantee that you have experienced entropy many times in your life.

You are probably thinking at this point that I am crazy. Please let me explain.

You probably know the Law of Entropy by its more common name, the “status quo.” The status quo is that comfortable, familiar state of being in which you operate on auto-pilot going through life following old familiar patterns, thinking old familiar thoughts, and experiencing much of the same thing day after day, week after week, year after year. You probably drive the same route to work each day, eat the same things for lunch each day, and entertain the same thoughts and feelings about life every single day.

The status quo in your life is a very clear example of the law of entropy. You probably “live there” most of the time.

Remember that this law states that a system prefers to be in its lowest energy state. The status quo is your lowest energy state. And we all like to stay there. Its far easier to live in entropy or the status quo. You don’t need to put much effort into what you are thinking, saying, doing, or feeling in order to remain happily in status quo or contentment. You just repeat past patterns again and again which inevitably lead to exactly the same or similar results.

If you are attempting to manifest something new and you haven’t considered that energy and effort are required to move yourself out of your comfort zone, then you are probably experiencing the very definition of insanity. You are likely thinking, saying, doing, and feeling the same things each day and expecting a different result. That sounds pretty crazy to me.

Einstein‘s definition of insanity: “Insanity is doing the same thing over and over and expecting different results.”

But don’t be too hard on yourself. You have a fundamental law of physics working against you and the desires you have for new experiences and success in life.

The key to overcoming entropy is realizing that activation energy is required to move you from where you are right now to where you want to be. You have to move out of your easy, comfortable, auto-pilot way of life that you are so used to into a more more deliberate and focused way of being where your thoughts and actions can engage the Law of Attraction resulting in the experiences and successes you so desire. 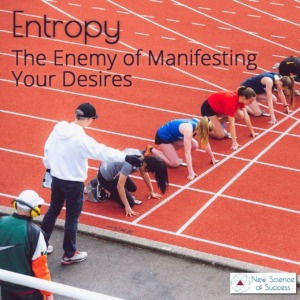 I think of entropy and activation energy every time I’m at an airport. When passengers are in the airport before it’s time for boarding, they are scattered throughout the terminal shopping, eating, drinking, relaxing, or doing anything to help pass the time before their flight. There is little energy required to scatter the passengers throughout the airport. It is free and easy.

I can feel the activation energy going on each time I go through this boarding process.

Gate agents are herding passengers into a line to pass the single point where boarding passes are scanned. People are no longer free and happy. They become agitated and competitive, jockeying to get on the plane before others. The process is slow as the line forms, people walk down the jetway, board the plane, find their seats, stow their carry-on baggage, take off their jacket, and ask the person in the aisle to stand so they can take the middle or window seat. There is a lot of activation energy required to seat each individual passenger into the well ordered seat configuration of the aircraft. A plane of seated passengers is definitely not in the lowest energy state.

The flight takes off and eventually reaches its final destination. Again you witness the 2nd Law of Thermodynamics in action. You feel the release of the energy and the relief of the passengers as they are freed from the high energy, low entropy, highly-ordered state of being bottled up in individual seats on the plane. The passengers flow out at seemingly lightning speed and quickly disperse into the crowd of other passengers in the airport terminal. They are now again in a lower energy state, freely flowing from the arrival gate to their next departing gate or to baggage claim.

Entropy As It Relates to Your Thoughts and LOA

Now let’s get back to your thoughts. Are your thoughts randomly flowing around your head like the passengers waiting for the boarding time of a flight? Or are you purposefully inputting activation energy to weed out the thoughts you do not want to experience while focusing on the thoughts of what you do want to experience? And if you have input activation energy to organize and focus your thoughts, have you kept it up long enough so this new state of focus and intent has become your new status quo?

Entropy is a universal law that drives you to remain in the status quo. But with activation energy and persistence, you can create a new status quo, a new state of focused thought which is your new lowest energy state. This new state of easy focused thought will lead to new experiences in your life. This will be one big, first step forward in helping demonstrate to you that there is always more that you can manifest as long as you do not give in to entropy and the status quo.

Entropy is the enemy of your new desired state of success. But fear not. With your ever increasing knowledge of how LOA works, along with a bit of activation energy to focus your thoughts, entropy doesn’t stand a chance of stopping you from manifesting the success of your dreams.

Intuition is Your LOA Manifesting Superpower